Solar energy – light and heat radiated from the sun, which is used by a number of constantly developing technologies, such as solar heating, photovoltaics, solar architecture and artificial photosynthesis.

Solar energy in Armenia is an important source of renewable energy, and its technologies are broadly characterized as active solar or passive solar, depending on how they capture and distribute solar energy or convert it into solar power.

In this article, we address the current state of solar energy in Armenia, potential investments and industrial developments in the solar energy sector.

The State of Solar Energy in Armenia

Energy is one of the sectors in Armenia, seeing notable transformations in the last 20 years. As the country has no confirmed oil or natural gas resources, now the energy policy is focused on developing native energy sources, mainly renewables.

According to the International Energy Agency, in 2019 renewables represented 8.8% of Armenia’s energy mix. Around 32% of the electricity generation came from renewable resources including hydro.

Armenia manages to cover 24% of energy demand with domestic production, which comes mostly from nuclear and hydro energy. Nuclear energy accounts for about one-third of the electricity supply. However, the government plans to increase renewables to 28% of the power generation mix by 2036 (from 7% in 2012) by raising capacity and promoting domestic energy sources. One of the central points of government plans is solar energy production due to Armenia’s sunny climate. 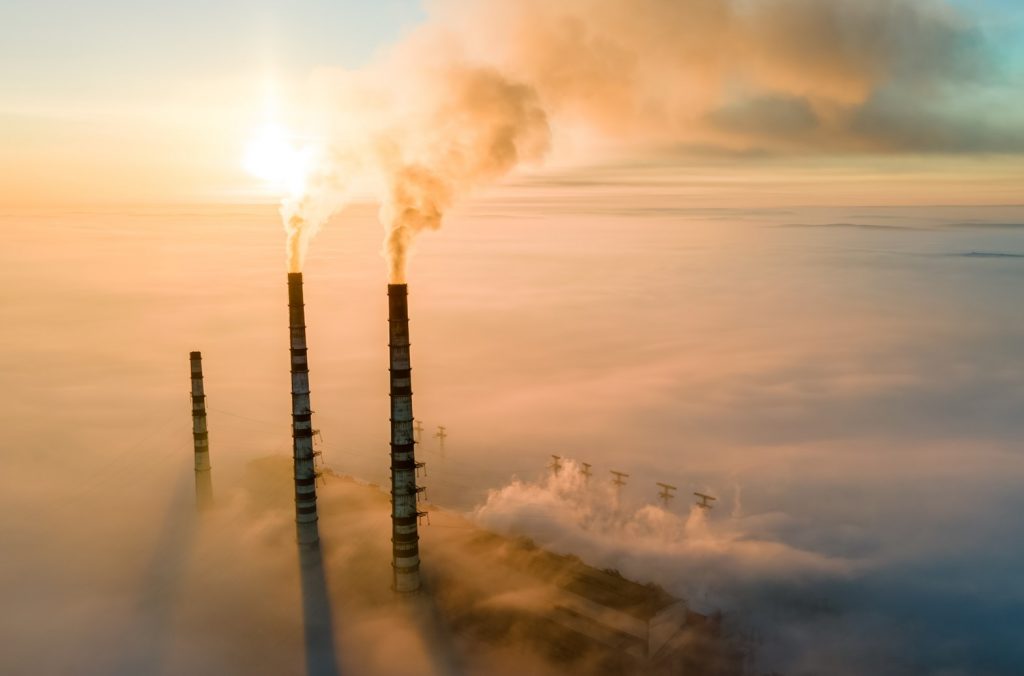 Global climate changes and crisis expectations have created the need to apply innovations and transformations in all industrial sectors of the world.

Quote from the editor։ Global climate changes and crisis expectations have created the need to apply innovations and transformations in all sectors of the world. In reality, we are all obsessed with the weather and more and more startups focused on green energy are gaining attention from venture funds and receiving investments.

Read the story: Expansion of Sahara desert: what should we expect in nearest future?

The start of solar energy production in Armenia

Using the potential of renewable energy is essential for Armenia. It unlocks benefits for the economy, businesses, the environment, and consumers. The Strategic Program for the Development of the Energy Sector of the Republic of Armenia (until 2040) approved in 2021 says the use of renewable energy is one of the main priorities for the development of the sector. Due to available resources and the development trends of technology, solar energy will be superior to other types.

It is evolving rapidly in Armenia. The starting point is considered to be 2012 when a company called “Arpi Solar” entered the market with solar water heating systems.

Over time, the number of new systems, including solar stations, power plants, and facilities has grown. Also, more companies have entered the market. The government encourages the advancement of the industry through financial programs and competitions between companies to develop effective innovative systems.

As of July 1, 2020, there are 2669 autonomous solar power plants with a capacity of up to 500 kW connected to the country’s electric network.  According to the government document, the current pace of development allows us to predict that by 2024 their total installed capacity will reach 100MW. The government plans to build solar plants with a capacity of about 1000 MW, including autonomous power generation systems to increase the share of solar energy.

We can already see the monthly growth with the increasing number of large stations since 2021 including solar power stations in Tsapatagh (near Lake Sevan), Artik (Shirak Province), Gladzor (Vayots Dzor), the Botanical Garden, Azatan (Shirak Province), and more.

Why does Armenia have a great potential for solar energy?

The Ministry of Energy Infrastructures and Natural Resources of Armenia states:

“Armenia has a significant solar energy potential. The average annual amount of solar energy flow per square meter of horizontal surface is about 1720 kWh (the average European is 1000 kWh).”

In Armenia, the total duration of sunny days is up to 2700 hours. The weather provides conditions for the building of solar stations and the generation of electricity.

Solar energy systems help not only save energy but reduce electricity prices. The industry aims to set affordable tariffs for all. In August 2017, the government started the «Energy Efficient» credit program to increase the number of solar water heaters and PV systems.

Solar technologies are developing all over the world. Smart sensors, AI tools, and algorithms help to increase the capacity and efficiency of solar systems. A major trend currently is Building-integrated photovoltaics (BIPV). These systems generate electricity being seamlessly integrated into building components such as roofs and windows. BIPV helps reduce electricity costs and materials while at the same time being environmentally friendly.

The Armenian government has a goal to support the solar energy industry through different programs which include offering citizens subsidized loans, to rebuild their apartments and private houses.

The current largest solar power plant is located in the village of Tsapatagh near lake Sevan commissioned by the Tufenkian Foundation and built by the Optimum Energy Company in 2021. The station is the first in the region that uses a solar tracking system to store large amounts of energy. According to reports, the plant has a maximum power of 5,787 kW with an annual output of 12.3 million kWh.  It provides the area with electricity with more than 14,000 solar panels that use sunlight as a source.

There are several large-scale ongoing projects in Armenia for the construction of new solar power stations. In July 2021, the government finalized a deal with the United Arab Emirates-based renewable energy company Masdar to establish the first plant by 2025. The 200-megawatt plant named Ayg-1 will be Armenia’s largest solar power plant with a capacity of around half of Armenia’s main energy generator, the Metsamor nuclear power plant․The plant is planned to be built in the Aragatsotn province in an area of over 500 hectares  located in Talin, Dashtadem, Katnaghbyur and Yeghnik communities.

In addition, there will be another solar power station called “Ayg-2” in Kotayk Province. Ayg-2 will have the same capacity as Ayg-1. Like Ayg-1, it will be constructed in an area of over 500 hectares of land. Ayg-2 is located in Yeghvard and Nor Yedesia.

Another large solar plant project is the 55-megawatt Masrik-1, for which funding was secured in March 2021. The project is being conducted by the Spanish firm Fotowatio Renewable Ventures, a subsidiary of the Saudi Arabian holding company Abdul Latif Jameel. The panel will be built in Mets Masrik municipality in Gegharkunik province by 2024. It will be the second-biggest plant after Ayg-1.

What are the prices of solar panels in Armenia?

Prices of solar power plants vary depending on their type, volume of energy consumption, capacity, and other factors. Before making a choice among different possibilities, it’s better to research the market and use consultation services.

Here is some information about the costs of solar panels in Armenia:

* Please note that the price quotes are current at the time of writing and may change in the future, for which we are not responsible.

The production of solar panels is growing in Armenia. Due to this, the costs of panels are falling. According to a report by the International Energy Agency, several large-scale solar photovoltaic (PV) projects and their proposed tariffs have been attributed to falling costs for solar panels. For example, the project Masrik-1, which won a government tender in 2017, suggested a tariff of 6.39 US cents, excluding VAT. The IEA says this created stronger-than-expected competition among bidders and stronger-than-expected competition among lenders, including international financial institutions.

In 2021 there was a lower winning bid of 2.9 US cents by another project, the 200-MW AYG-1. The plant by Abu Dhabi Future Energy Company PJSC-Masdar is expected to be in operation in 2025.

Armenia’s significant potential for the growth of the solar energy sector and the development of technologies has been attracting a large number of investments from different companies and organizations over the world. 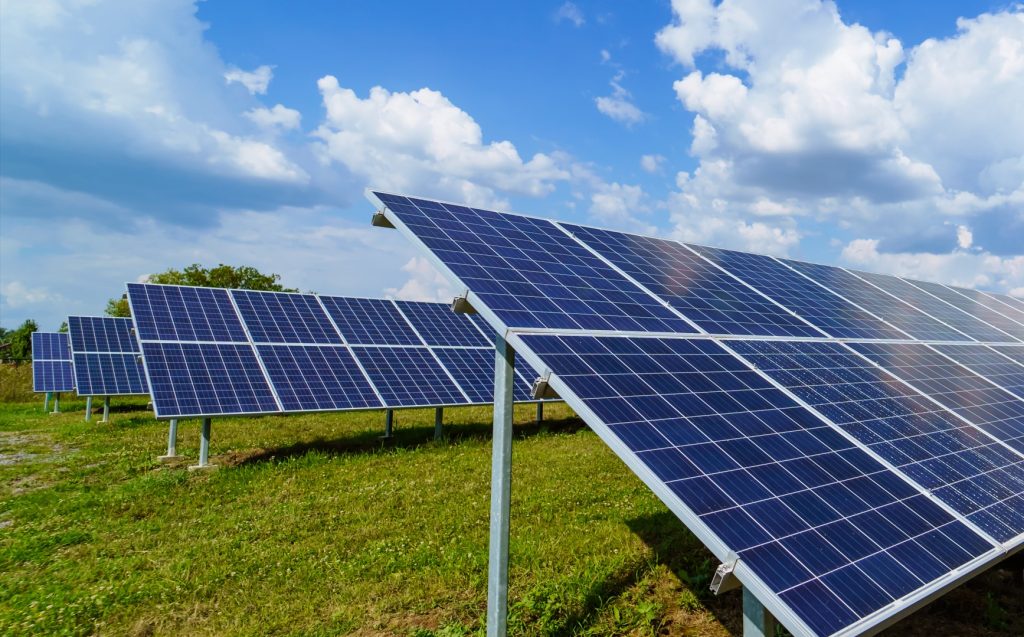 The production of ecologically clean energy has passed a new stage of development all over the world, and based on the sustainable development policy of the Republic of Armenia, it is necessary to create the necessary economic levers for the development of the efficiency of renewable energy, equal to traditional energy.

One of them is the alternative asset management firm Amber Capital’s investment of $2,000,000 to build a 4 MW Solis solar power plant in the country. The plant called «Solis» is located in the village of Partizak in the Aragatsotn region. It will provide electricity to 2,000 households and reduce CO2 emissions by 3,200 tons per year.

The Eurasian Development Bank (EADB) is one of the major supporters of Armenian solar energy developments. In August 2022, the institution allocated up to $37 million for the construction of 11 solar power stations with a total capacity of 65 MW in the Gegharkunik and Aragatsotn provinces. According to the signed agreement, the Electric Networks of Armenia will return the investments.

The Armenian government gives particular importance to the collaboration with private companies to increase the number of solar energy stations and secure more investments. According to the Ministry of Energy, 27 companies have been licensed.

The continuous growth of the solar energy sector in Armenia driven by government programs, partnerships, installation of new plants and other factors allows us to assume that the day will come when Armenia will fully switch to renewable energy sources. The process will take time for sure but the country is getting closer to an environment-friendly and economically beneficial energy future step by step. 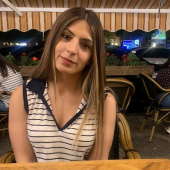