Raising investment for startup in Armenia

Recently, due to specific circumstances, Armenia has become the focus of attention of technology companies and IT specialists. In this context, we paid special attention to the events taking place in the local and international startup ecosystems and reflected on the peculiarities of raising investment for startups in Armenia both for local entrepreneurs and relocated specialists. Mathew Zein, the contributor of InTech.am, presents an analytical story about what opportunities startups in Armenia have in terms of attracting investment and ensuring rapid development.

Being landlocked in the Caucasus and not having full access through all of its borders, Armenia had to find its way out uniquely by depending on the intellectual traits of its people; Armenians have overcome all the obstacles and reached international markets with innovative businesses in multiple sectors, mostly related to the IT industry.

When it comes to innovation, Armenia is pioneering the region with its startup ecosystem. Ranked at 60 on a global scale and 16th in Eastern Europe, Armenia has shown a positive outlook improving its position by five levels since 2021. Moreover, despite the small population, Yerevan, Armenia’s capital, succeeded in placing itself 244 among the top 1000 cities worldwide to provide the right conditions for startups to launch and grow.

In one way or another, we can start by saying that Armenians accepted the challenge and are striving to spotlight their country internationally.

Armenia in the Flow of Global High Tech Growth

Over the past ten years, Armenia’s IT sector has grown at an average annual rate of 23%. Furthermore, the Armenian startup businesses have received more than $700 million in investments, and IT companies generated a total of $1 billion in 2021. 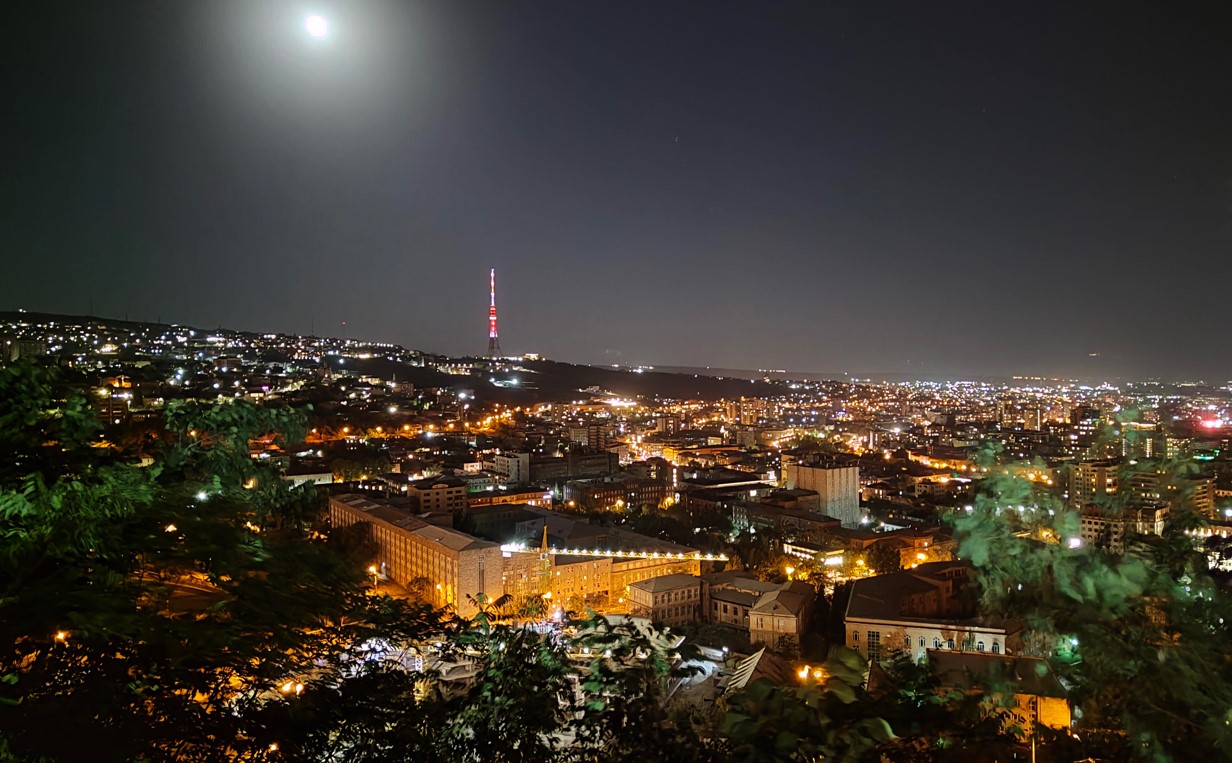 Over the past ten years, Armenia’s IT sector has grown at an average annual rate of 23%. Yerevan panorama at night. Image credit: Pixmeta.com

The Armenian government excluded IT startups from profit taxes to support the industry. In April 2019, the Armenian parliament issued a set of amendments to the law “On State Assistance to the Information Technology Sector.” And the main goal was to facilitate their work to a certain level and help them grow fast. It seems like those steps paid off eventually because it is estimated that the startup industry has employed around 29,000 professionals as of 2021.

However, the recent geopolitical situation in the Caucasus and Europe affected not just Armenia but many other nations; it caused a slowdown in Armenian startup investments because investors would always seek the safest conditions before placing funds in startup projects.

Advantages and Disadvantages of Startup Ecosystems

Growing a business without venture capital or external investments requires relying on personal savings or generated revenue to fund expansion operations; that’s the case for all startups worldwide, and Armenia is no exception.

IT companies founded in Armenia received more than $200 million in the past 18 months, a positive indicator considering the fast-paced events the world in general and Armenia in specific has witnessed within the last couple of years.

Picsart, the world’s leading photo and video editing application, had a valuation of over $1 billion in 2021 after its most recent financing round; for investors, that was a big sign about the Armenian potential, and in some cases, it led to supporting the decision to increase funds and trusting more Armenian startups.

Service Titan, a mobile cloud-based software platform, received an estimated $700 million, and DISQO, a consumer-first insights platform, received an estimated $85 million. Nowadays, Service Titan and DISQO have HQs in LA, USA and back offices in Armenia supporting their daily work. Anyway, the list goes long about Armenian startups, and those above were only a few examples.

Venture capitalists, more commonly referred to as VCs, are private equity investors who put their money into companies to achieve long-term financial success. The acquisition of venture capital often calls for the involvement of whole teams, which may include board members, development managers, and professional investors. Unlike seed financing, venture capital agreements encompass multimillion-dollar sums. HIVE Ventures, Granatus Ventures, and SmartGateVC are among Armenia’s most successful venture capital firms.

Angel investors offer early-stage businesses significant investment in return for convertible debt or equity, but they risk losing their money more than banks or venture capitalists. On the other hand, Angel investors are not constrained by the restrictions that banks or other financial institutions must adhere to, which enables them to invest based on their own discretion.

As a general rule, angel investors tend to invest in early-stage businesses, whereas venture capitalists invest in startups when they have a compelling promise and growth potential. Among the most well-known angel investors in Armenia are Business Angel Network of Armenia (BANA), Foundation for Armenian Science and Technology (FAST), Angel Investor Club of Armenia (AICA), and Science and Technology Angels Network (STAN).

Startup Accelerators and Incubators in Armenia

A startup accelerator helps an established firm grow faster, whereas an incubator helps innovative ideas evolve into a business strategy and company. Startup accelerators and incubator programs advise and, in some cases, fund promising firms. Several technology business incubators and accelerators exist in Armenia, including the Entrepreneurship and Production Innovation Center (EPIC) and the Enterprise Incubator Foundation (EIF).

The factor of positive impulses 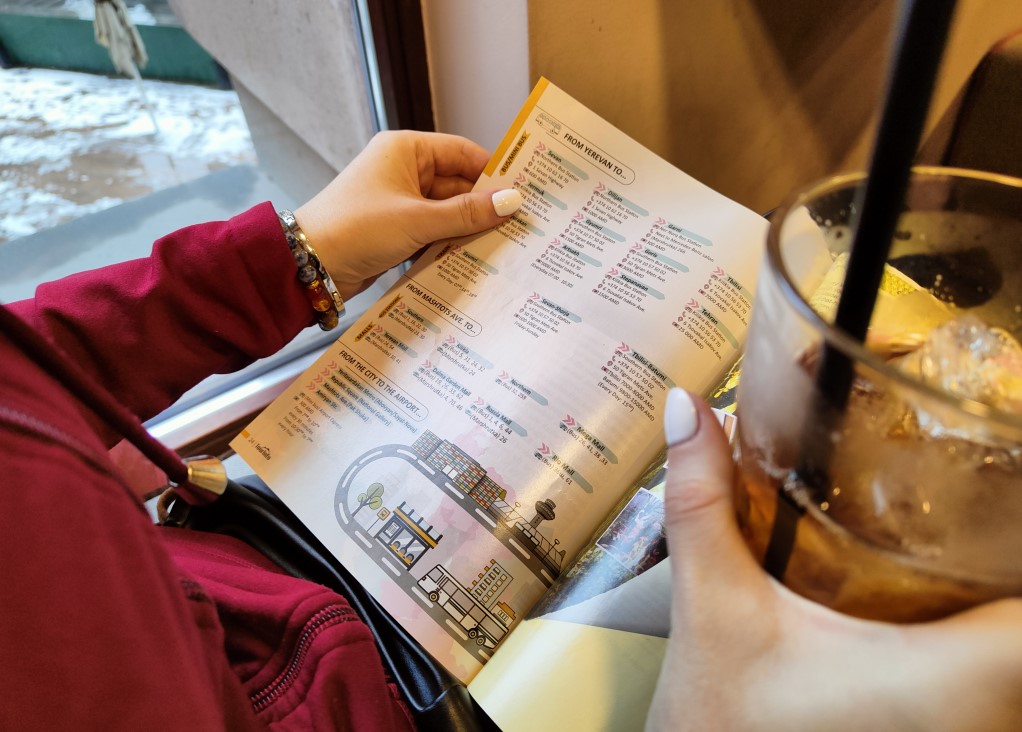 Positive impulses are becoming increasingly popular these days. Entrepreneurs are encouraged to receive funds from VCs rather than looking into angel investors’ pockets to boost their startup ventures. Usually, angel investors only invest in the same industries. Meanwhile, investors may place fewer funds when a positive impulse influences them, but they do it more frequently and for various business domains.

The factor of the loop

It can be explained that a successful company can drive others to follow its path towards success, eventually participating in Armenia’s growth and the well-being of people. When a successful startup company earns profits and becomes under the spotlight internationally, other companies are encouraged to do the same. In the long run, startup companies will be key players in improving the country’s national income and many other factors.

Listed below are some of the undeniable advantages Armenia offers to startups:

According to the UNESCO Institute for Statistics, Armenians are 99 percent literate. Between 1932 and 1940, Armenia’s literacy rate rose from 17 percent to 84 percent due to the Soviet campaign to eliminate illiteracy, which facilitated rapid industrialization. Thus, it’s believed that Armenia has maintained its near-universal literacy rate ever since that period. The main reason is that Armenia’s Constitution Mandates Free Primary and Secondary Education: Article 39 of Armenia’s constitution grants all Armenians access to education.

When compared to other nations that need a lot to outsource a business, Armenia provides reasonably affordable labor at extremely high levels of expertise. The startup scene in Armenia is also well-known for its dynamic nature, and several of its early-stage companies have gone on to prominence globally.

Picsart is one such app that stands out. It started as a 2011 project with only 10 people working on it, but now it’s a top-tier player. As of 2020, it was downloaded over 600 million times, and nowadays, the firm has branches in major cities, including Moscow, Beijing, San Francisco, and others worldwide.

What are the benefits for the startup outside of the U.S., especially in Armenia?

To conclude, we can confidently predict that the near future will be an exciting time for startups in Armenia because of the multiple factors that stimulate foreign investment. I believe Armenia’s startup ecosystem will continue to boom as more investors, accelerators, incubators, and venture capitalists fund these startups. 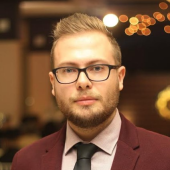 Mathew is a contributor at InTech.am tech media platform. Mathew is living in Armenia and has over nine years of experience in content writing. He holds a bachelor's degree in information technology engineering and is currently pursuing a Ph.D. in the psychology of sales.
Worth reading...
The power of visual content: how to maximize sales with images?