What To Wear startup from Armenia is reaching new heights

What to wear? — an age-old question that’s still as relevant as it was 120.000 years ago when human beings started wearing clothes. What To Wear is an Armenian-based mobile application that offers an innovative answer-solution to this question.

Who is the What To Wear mobile app for?

What To Wear (W2W) is an all-in-one AI-powered mobile app that will help stylish wannabes find, get and create looks according to their body shape, size, lifestyle, budget, etc.

What to Wear AI app

In contrast to similar mobile applications that find out the shape of the user’s body, give advice on choosing clothes, understand which colors suit them the most, organize users’ wardrobes, help create clothing combinations, and similar stylistic services, W2W offers all-in-one solution with additional features.

Combining not only the aforementioned tools, but W2W also provides exceptional services, such as creating the exact 3D model of the user from a single photo and allowing the user to “try on” clothes from online shops on their 3D model before making a purchase – in short, a virtual dressing room.

One of the distinctive advantages of the “What To Wear” app is that it works with artificial intelligence (AI), which increases the app’s functionality and delivers an even more personalized approach to its users.

So What To Wear, aka W2W, is for people who:

— The user, by filling in his body parameters on the corresponding page of the application or simply by taking pictures according to the steps of the guide, will receive information about:

In addition, by importing a few pictures on the corresponding page of the application, the user will receive information on:

— The color of clothes that will fit them

The user, answering several questions about his daily life and preferences on the corresponding page of the application, will receive information about:

— The styles that will suit them

— The types of clothes are characteristic of that style?*

— Immediately after completing the steps above, the user will see examples from online stores that perfectly match their body shape, color tone, and lifestyle in the Shop section of the app.

If the user avoids shopping for clothes online because they don’t know how they will look on them, then:

— by entering the appropriate section of the application, one can see the 3D model, which is created by the application according to the parameters of the user’s body.

— Having liked the clothes in the Shop section, with one touch, they can see how their choice will look on their 3D model, making the buying process easier.

The user needs to manage their wardrobe in order to make optimal use of the clothes they have:

— The user entering the Wardrobe section of the application will post pictures of their clothes, and the program will sort them into wardrobe sections. Later on, the user will have all their clothes in front of their eyes and the ability to create combinations, which they can save in the “Favorites” section or add to the calendar.

If users have a lot of clothes but don’t use most of them:

— The application, based on the user’s daily clothing combinations, will identify which clothes are less frequently used and suggest combinations that include them.

If they don’t have many matching clothes or can’t match them properly:

— The application will create combinations suggesting clothes that will be a good addition to your wardrobe?

If mornings are spent in front of the closet, not knowing what to wear:

— By collecting combinations, the user can save them in the “Calendar” section, where there is an option to specify the occasion of the outfit (casual, business, evening dinner, etc.). Thus, thanks to this tool, the user can plan outfits for different days and no longer suffer in the morning with the question “What should I wear today?”

These are the main tools of the application. In addition to improving the user experience, the team also promises to add new features that will make the use of the application even more convenient and create a stylish environment (a.k.a. community) for everyone.

How did the idea of What To Wear mobile app come about?

The founder, Karine, loved to watch fashion TV shows as a child, during which the stylist helped ordinary people find their style.

Karine very often thought, it’s great that these people have found their style, but many people can’t participate in the TV shows.

Over time, Karine met people who were still obsessed with those programs and thought the same as her. And now, the startup is trying to make all of that available to everyone, helping people to find their style while staying unique.

The What To Wear team 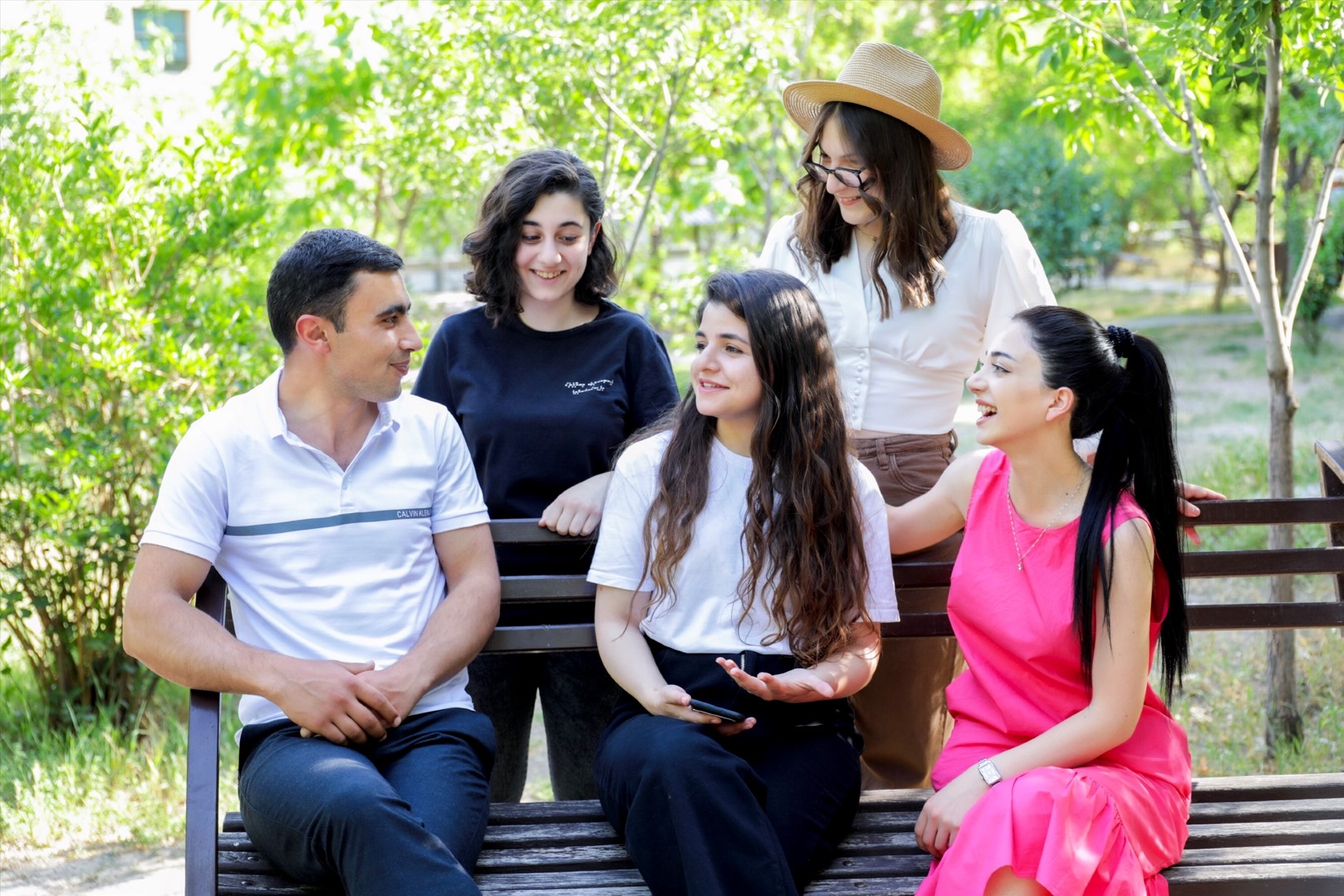 In the next round, Milena joined the team and delved into the content.

After that, Shushan joined the team to ensure the increased visibility of the application and started making connections for the team. The steering wheel of marketing communications is in the hands of Shushan, says the team.

The team also places great importance on content creation. A content specialist has also joined the team, who will finally write the application code; Components related to artificial intelligence have already been introduced by the hand of Nazeli. With it, the app’s 3D tool wouldn’t be so functional; more precisely, it wouldn’t even happen – the team notes.

Almost at the same period, Arsen joined us. He’s our app developer who will fix any bugs you find and incarnate any crazy design ideas we have.

As mentioned in the team, Karine is the team’s manager, the full representative of the startup, and deals with business creation and product management involving investments.

Introducing the idea to the world

At the very early stage of the idea, the team participated in the Future Innovator 2020 event, taking third place.

One of the following significant competitions was StartUp Boost Week Vol 7, where the idea also took third place.

And one of the latest successes is participating in the EPIC incubation program and receiving the EPIC Michael Agbabian Innovator Prize at Demo Day. 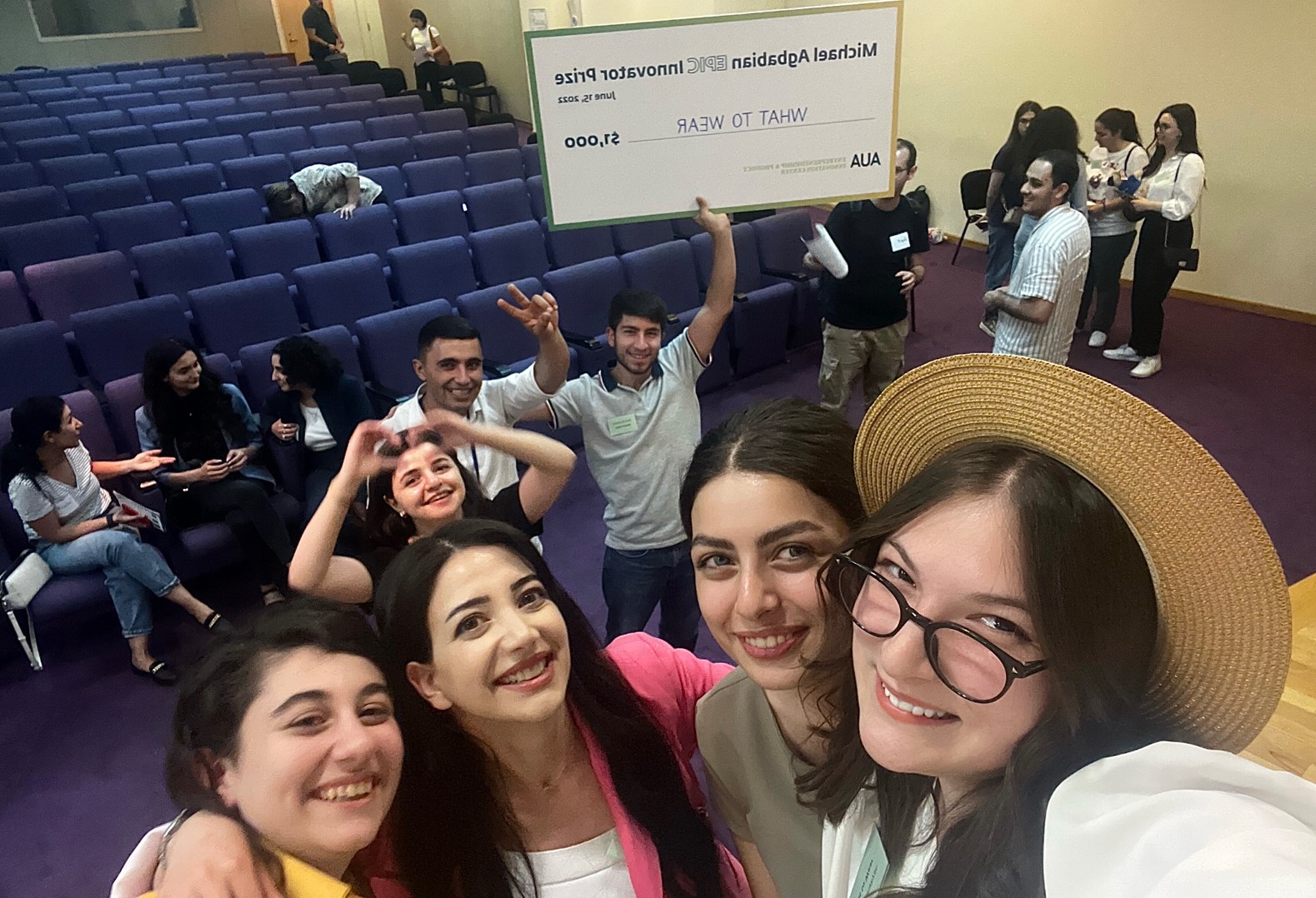 Our latest achievement was participating in one of the world’s largest pitch competitions, Entrepreneurship World Cup (EWC) 2022. It’s one of the biggest and most diverse startup pitch competitions and support programs of its kind. What To Wear was among the 12 Semifinalists out of 100+ applicants that participated in the National Finals on August 13, 2022. The startup won 2 silver prizes from two major companies: DataArt and Webb Fontaine. 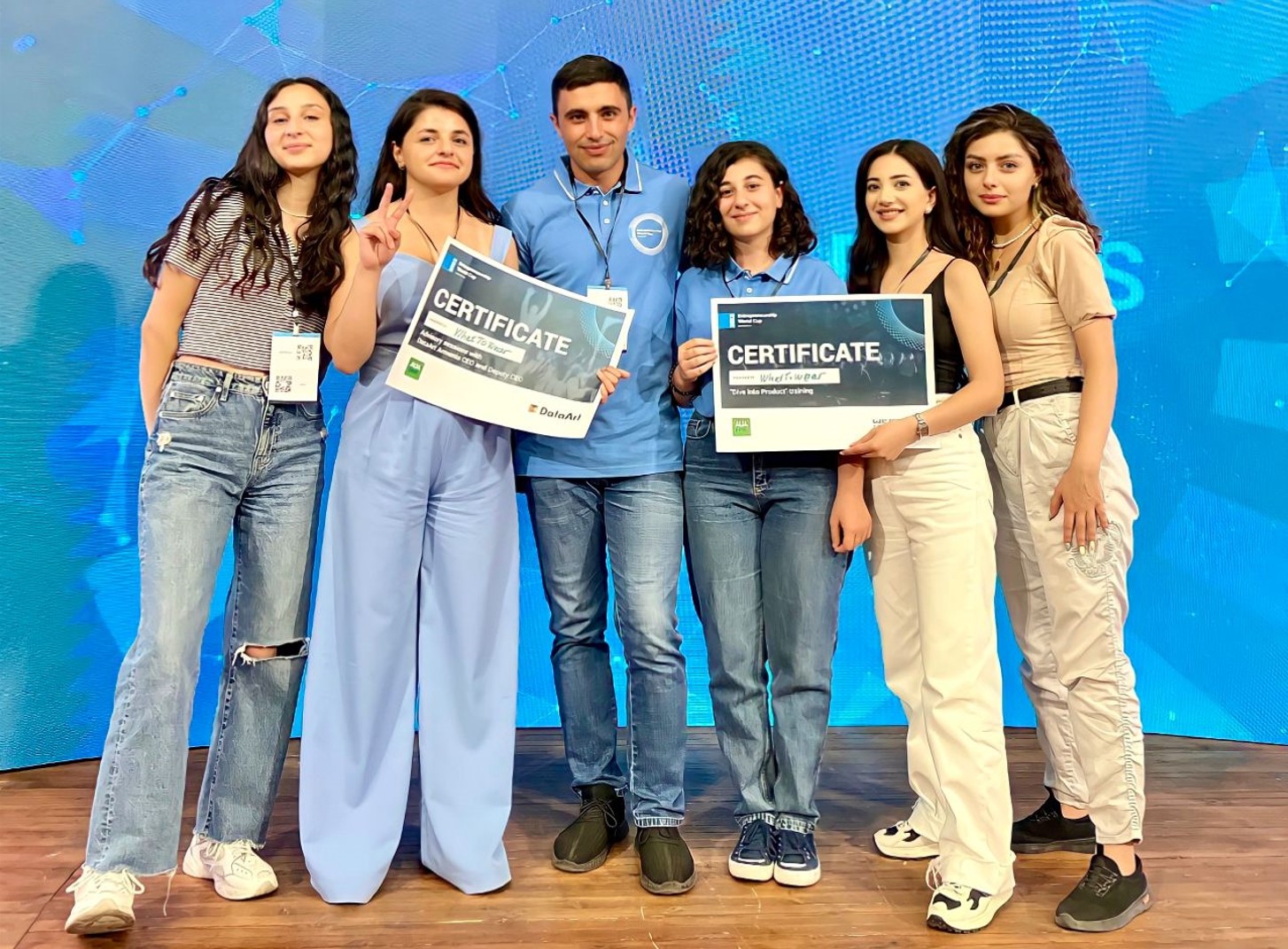 In February, the team released the initial version of our application and, in parallel, started developing the technology to get a 3D model of a person from a single picture. After releasing the initial version, we intensively began conducting interviews with our customers, which helped us improve the app, says Karine.

Based on the interviews, the style recommendations feature was also recently added for males. Also, the number of shops in the “Shop” section has increased.

In the near future, it is planned to integrate the 3D model tool and test the features of artificial intelligence.

In 2023 in January, the startup team plans to complete preliminary testing of the target audience and enter the market, blowing up the fashion industry. 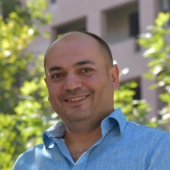 Vardan Papikyan is the editor and author in InTech.am tech magazine. Vardan is managing various web projects and affiliated with a few startups. He's passionate with blogging and photography.
Worth reading...
BuildUp Bootcamp – a gateway to new perspectives