Future of the construction business in Armenia

Like almost all sectors of the economy, the construction sector has suffered significant losses in the last 7 months ․ According to the Statistical Committee, compared to the first five months of last year, construction volumes decreased by 23.4%. 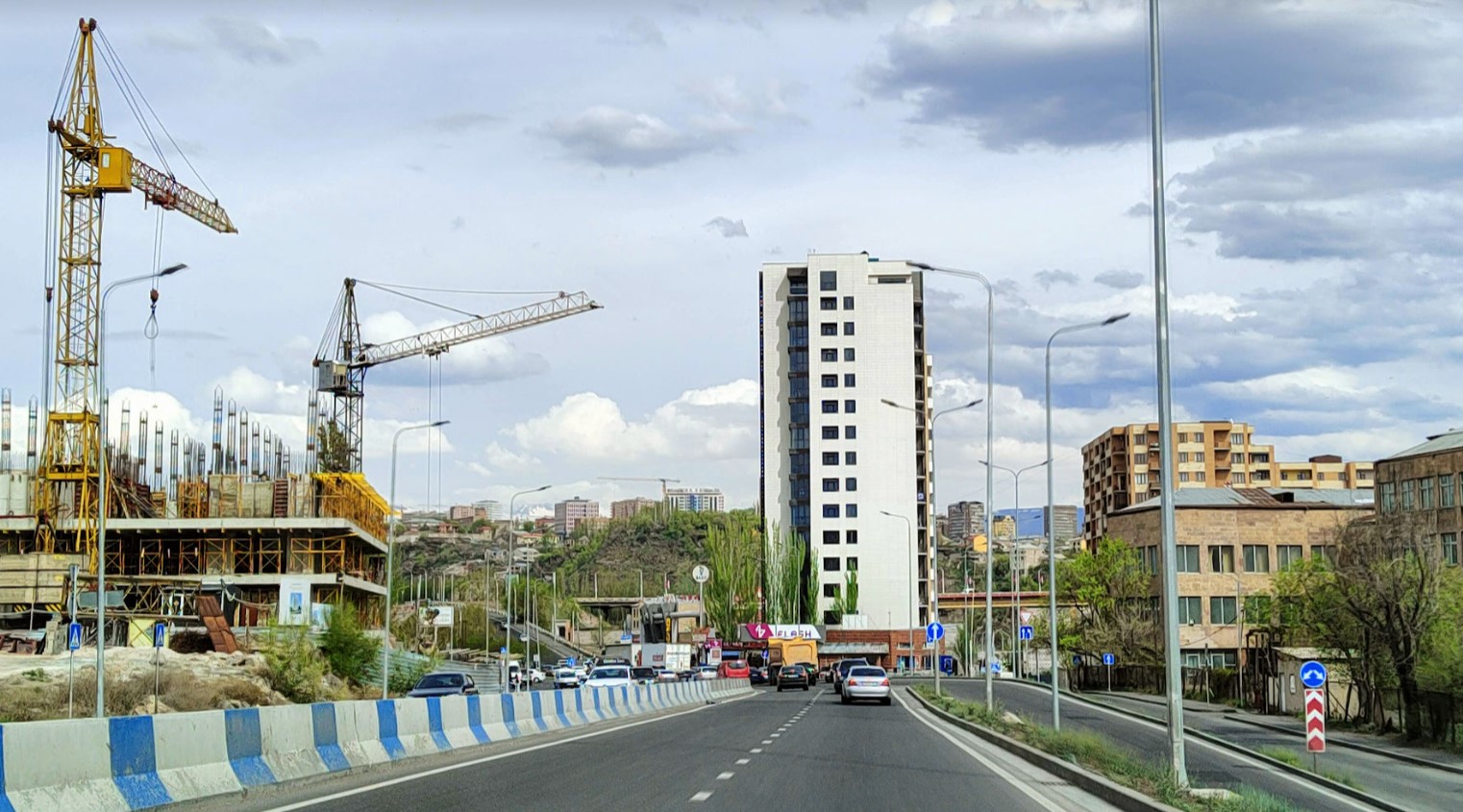 New buildings and construction in Yerevan, Armenia. Image by PixMeta

Over the last ten years, the construction sector in Armenia has been in decline, and in 2009 that decline due to the global economic crisis was sharp. Until 2018, this downward trend was maintained, and in 2018-2019, the sector finally began to grow.

Historical Overview. the phenomenon of the construction “bubble”

The 5 years preceding the global economic crisis were years of unprecedented growth for Armenia, particularly for the Armenian construction sector. In 2005, the annual growth of the sector was about 40%; it became the locomotive of the Armenian economy. Specialists explained this activity by the increase in the volume of housing construction, the growth of remittances flowing from abroad, and private investments.

Later, the construction boom of those years was called a “construction bubble” by former Prime Minister Tigran Sargsyan, and the former authorities were accused of ensuring economic growth due to disproportionate construction growth.

Many economists agreed with this statement, seeing a danger in the growth of the non-exportable part of the economy ոչ inadequate devaluation of the dram. The fears were not unfounded, already in 2009 the construction sector experienced a sharp decline (construction volumes fell by 37.4% at once), proving the worst forecasts of experts.

The decade of declines was a heavy blow for the industry, it did not come to its senses until 2017. The growth trend of the last two years raised hopes, registering a construction volume of 435 billion drams, with the largest 42% of that volume, about 183 billion drams, falling to the work done by the organizations, 29.5% or 128.5 billion drams. 25.2% or 109 billion drams of the state construction works were implemented with the help of the population, and the rest within the framework of community or humanitarian aid.

However, the new global health crisis has again hindered the natural tendencies of development and shuffled all the playing cards.

Present, trends and future of the construction industry in Armenia

Like almost all sectors of the economy, the construction sector has suffered significant losses in the last 7 months.

According to the Statistical Committee, compared to the first five months of last year, the volume of construction decreased by 23.4% ․ Only 77.5 billion drams worth of construction was done.

At that, the sectoral decline was 26.2% in March, compared to the same period of the previous 2019, and in April, a deeper decline of 51% was registered due to severe restrictions. With the gradual easing of restrictions, construction volumes slightly reduced the scale of the decline, remaining at 27%.

At the moment, almost all branches of the construction sector have a setback compared to the indicators of the previous two years.

According to a report published by the Statistical Committee, the largest volume of construction is currently carried out by private companies in terms of new buildings, with 40.8 billion in the first half of this year, 17.9% lower than in the same period last year.

The construction of new multi-apartment buildings, which has significantly increased in previous years, was mainly carried out by private organizations, and the activity of the sector is linked by specialists to the well-known income tax return law.

The volume of construction carried out with state funds in the first half of 2020 also decreased by 28%, amounting to 17.4 billion drams.

The volume of construction work carried out by the population in the first half of 2020 amounted to 18.5 billion, recording 28% compared to the previous year. However, the analysis of this branch has shortcomings, as the Statistical Committee does not always provide accurate data related to this section.

What changes will the income tax return law undergo? What impact will it have on the buyers of apartments in the construction sector in new buildings in Armenia?

According to the law on income tax return, the income tax is envisaged to repay the interest rates on the mortgage loan for a house or apartment purchased from a developer, which has already significantly activated the growth of the mortgage market and the construction of new buildings.

Discussions are currently underway to suspend the income tax return law առաջն in the primary և secondary zones of the capital, as those areas are already overburdened in terms of construction ․ The new buildings have already led to the overcrowding of the center of Yerevan.

The law on income tax is a particularly heavy burden for the state. For example, in 2019, within the framework of this program, 7.9 billion drams of income tax has already been returned, directing it to the repayment of interest rates on mortgage loans for the purchase of newly built apartments and houses.

By launching the income tax return program, the state initially aimed to stimulate construction և construction work և assist low-income families in solving housing problems. However, in reality, this law is used more by those with medium and high incomes.

The representatives of the sphere are convinced that if these amendments to the law are adopted, it will have a negative impact on the volume of construction works.

What is the future of the construction sector in Armenia?

The construction sector has always been one of the most important sectors of the Armenian economy, ensuring a large share of economic growth. Over the last 10-11 years, that share has decreased, from 25-30% of GDP to 6.2% (according to 2019 statistics).

The epidemic has contributed to the sector, leading to significant reductions in income, jobs and turnover.

It should be noted, however, that since the middle of April, the movement of outdoor construction works was noticeable. However, as long as there are problems with the import of construction materials and the decline in demand due to the crisis, the pace of activity is slow.

At the same time, according to the representatives of the sphere, the cancellation of the suspension of the income tax return program can save the sector from big losses, as the suspension of the program will lead to a sharp drop in the demand for houses, apartments and, consequently, a sharp reduction in construction works. According to the Central Bank, a 4% economic decline is expected, with the largest decline forecast in the construction sector – -11.2%.

Options to help the construction industry

According to industry representatives, as well as economists, the construction sector is always the most affected sector during global crises. This is a reality, the acceptance and implementation of preventive or at least mitigating actions should become one of our agenda issues.

The construction sector has always been one of the most important sectors of the Armenian economy, ensuring a large share of economic growth. Over the last 10-11 years, that share has decreased, from 25-30% of GDP to 6.2% (according to 2019 statistics). Image credit: PixMeta – Construction of new residential building in Yerevan, Armenia, 2022 April

According to experts, there are several directions that need to be paid attention to.

The first of the directions is the cancellation of the suspension of the already mentioned income tax return program. This policy will not force developers to stop implementing new construction projects, but will somehow curb the freezing of the real estate market and drastic price changes.

By the way, according to economists, the option of direct financing to construction companies can not be effective, instead the provision and extension of credit vacations by banks will be more effective.

Another possible step may be the provision of certain guarantees by the State. For example, in order to allay the fears of an unfinished construction project, the State may provide certain financial guarantees to the developers within the framework of risk management, assuring that the construction works will be completed within a few years.

Any crisis is a test for the state, government agencies and society, but the right policy and algorithm of action, together with perseverance, can, if not stop, significantly mitigate the expected declines, creating a solid basis for further positive developments. Let’s hope that the positive trends of the last two years will be restored in the construction sector of Armenia and will continue on the way to overcoming the global health crisis on an even larger scale. 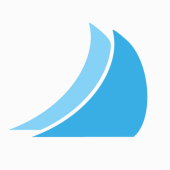 Van Aragast is a content writer from Austria based in Yerevan, Armenia. Van mainly writes articles related to technology business, startups and investments in innovations.